The Prince and the Turtle There once was a young prince who roamed his father's kingdom freely. This boy always had guards protecting him at all times. These men had strict orders from the king to obey whatever the boy decided. One day, the boy was wandering the a small forest and came across a charming little pond. The boy grew fond of the little pond and returned everyday for the next week. One of the young princes favorite things to do was to throw rocks across the water and hear the rocks skip across the surface of the water. The boy eventually became very bored of skipping rocks and began aiming at innocent animals. One day, Turtle decided to sun bathe on a beautiful lily pad. As he soaked up the warmth of the sun and the perfect breeze he was knocked over the lily pad into the water. Luckily, he plopped his head inside his turtle shell. The force of the rock sent him skipping across the water onto the other side of the pond. The boy seeing the turtle flying became very exci…
Post a Comment
Read more 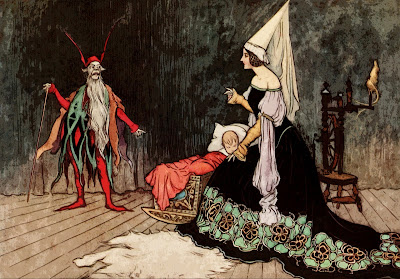 Brothers Grimm: Rumpelstiltskin
Once upon a time, there was a miller who was poor but had a beautiful daughter. Now it happened that he got into a conversation with the king.  To impress the king, he said, " I have a daughter who can spin straw into gold."

The king replied, " That is such a great gift and art. If you say your daughter is as skillful as you say she is, then bring her to my castle and I will put her to the test.


When the girl was brought to him, he led her to a room that was filled in its entirety with straw. He gave her a spindle wheel and a reel. He said, " Get to work now. Spin all night, and if by morning you have not spun this straw into gold, then you shall have to die."
Then he locked the room, and there she stood all alone.


The poor miller's daughter sat there and for her life, she did not know what to do. She had no idea how to spin straw into gold. Her fear grew by the minute and she broke down and cried. 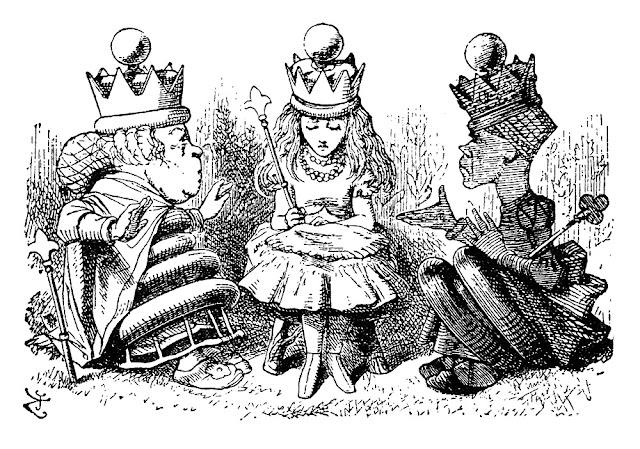 " Well this is amazing!" said Alice. I never expected I should be a Queen this soon- and Ill tell you what it is, your majesty." she went on in a serious tone. She often liked to scold herself. " It wil never do for you to be waiting time trolling about the grass like that! Queens have to be poise and dignified!"

She got up and walked about - stiffly at first, as she was afraid that the crown might fall off. She comforted herself thinking that nobody was there to see her and if she really is the Queen she will be able to manage it quite well in time.

Everything was happening so oddly that she didn't feel surprised that the Red Queen and the White Queen sitting close to her on each side of her. She wanted to ask how they got to be there =, but she feared it would not be polite …
Post a Comment
Read more

Reading Notes: Looking-Glass, The Walrus and the Carpenter, Part A 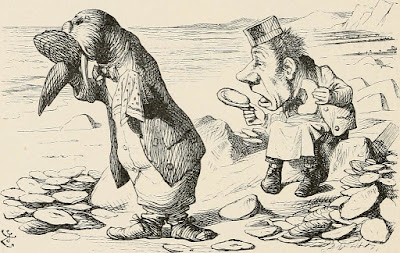 The sun was shining bright.
Alice decided she better interrupt him.
She tried to speak as politely as she could, "if it's VERY long, would you please tell me first which road-"

The sun was shining upon the sea,
Shining with all his might:
He tried very hard to make
The billows smooth and bright
This was very peculiar because it was
The middle of the night.


The moon was shining sulkily
Because she believed that  the sun
Had no business being there
After the day was over and done
" It's very rude of him," she said,
" To come and ruin all the fun!"


The sea was wet as wet could be,
The sands were dry as dry.
You could not see a cloud because
No cloud was in the sky:
There were no birds to fly


The Walrus and the carpenter
were walking close at hand;
They wept like anything to see
Tons and tons of sand
" If this were only cleared away"
They said, " it would be grand!" 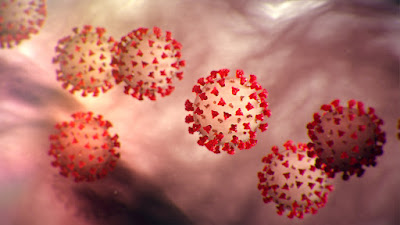 Another day passed and it went the same as yesterday. This is life in quarantine.

Note: inspiration was the events that are currently happening. I hope everyone is doing great in these times and staying healthy! 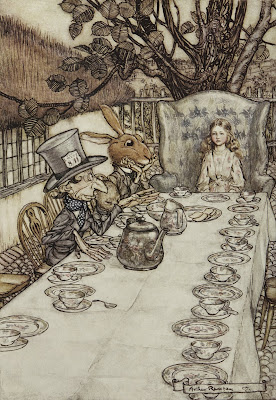 Bibliography: This story is part of the Alice in Wonderland unit. Story source: Alice's Adventures in Wonderland by Lewis Carroll (1865).


There was a table outside in front of a house under a tree. March Hare and the Hatter were having tea at this table. A Dormouse sitting in between them, fast asleep, and the other two were using it as a cushion, resting their elbows on it and talking over its head.
The Dormouse must be very comfortable though, Alice, to herself
As long as it is asleep I guess it won't mind.


Although there were only three people, the table was large and they were all crowed to one corner of it.
"No room! No room!" they yelled out when they saw Alice approaching.
Alice persisted, " There's plenty of room!" Alice then sat down in a large armchair at one end of the table.

" Have some wine" the March Hare said encouragingly

Alice looked around, but there was nothing on it but tea. "I don't see any wine" Alice remarke…
Post a Comment
Read more

Reading Notes: Wonderland: Down the Rabitt Hole, Part A 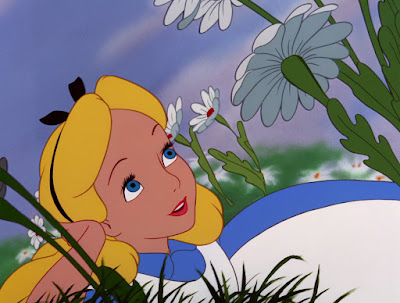 She tried entertaining herself and thinking of something to do to not be so bored. It was hard to think of anything because of how hot it was, it made her think slower and sleepy. She considered if the trouble of picking up daisies is worth making a daisy chain. while she was pondering this, a white rabbit appeared out of nowhere and ran close by her. He had white fluffy fur and had big bright pink eyes.

The Rabbit seemed in a rush and would say to itself " Oh dear! Oh, dear! I am running late! I need to hurry!"  He took out his pocket watched and his big pink eyes widened even more. Then he took off in a hurried manner.